Learning to Play: The Multi-Agent Reinforcement Learning on Malmo Competition

This tutorial introduces the audience to a new challenge in Game AI. The Multi-Agent Reinforcement Learning on MalmÖ (MARLÖ) framework and competition builds on top of the Malmo Framework to propose a multi-agent, multi-task challenge, where programmed bots compete and collaborate in several games. This new contest, in a similar way to the General Video Game AI competition, proposes a challenge as a milestone in the direction of Artificial General Intelligence: the agents should be game agnostic and able to take part in multiple different tasks, as well as play with or against a variety of opponent bots.

During this tutorial, we will introduce the framework and competition rules, and show how to build agents for this challenge. It will be divided in two parts: first a talk explaining the basics and then a hands-on session where bots can be created. Participants are encouraged to bring their own laptops for this – hackathon-style – second part of the tutorial. The agents built during this session will run a local competition to determine a winner within the audience.

The agents can be created in a language of your choice among the supported ones: Java, C#, Lua, Python or C++. The bots will participate in teams in a range of multi-agent games, featuring challenges like capture the flag, hide and seek, and collaborative construction tasks.

This competition, a project between Queen Mary University of London, Microsoft Research and the École Polytechnique Fédérale de Lausanne, will conclude at AIIDE 2018, in a workshop (https://marlo-ai.github.io/) that will take place on 14th Nov 2018. Competition submission deadline will be set for October 2018, so the participants will be able to submit their entries to the contest.

Links to the presenter/organizer web page or the tutorial page:

Information about the current Malmo framework can be found here:

Diego Perez-Liebana (diego.perez@qmul.ac.uk) is a Lecturer in Computer Games and Artificial Intelligence at Queen Mary University of London (UK). He achieved a PhD in Computer Science at the University of Essex (2015). He has published in the domain of Game AI, with interests on Reinforcement Learning and Evolutionary Computation. He organized several Game AI competitions, such as the Physical Traveling Salesman Problem and the General Video Game AI competitions, held in IEEE and ACM conferences. He has programming experience in the video games industry with titles published for game consoles and PC. 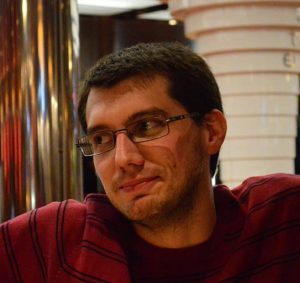 Raluca D. Gaina (r.d.gaina@qmul.ac.uk) is studying for her Ph.D. in Intelligent Games and Games Intelligence at Queen Mary University of London, in the area of rolling horizon evolution in general video game playing. She completed an internship at Microsoft Research Cambridge in 2018, working on the Multi-Agent Reinforcement Learning in Malmo (MARLO) Competition. Previously, she obtained a B.Sc. and M.Sc. in Computer Games at the University of Essex, in 2015 and 2016, respectively. She finished her first year of Ph.D. at the University of Essex (transfer to Queen Mary) with numerous conference papers and a journal publication. Her research interests include general video game playing AI, reinforcement learning and evolutionary computation algorithms. 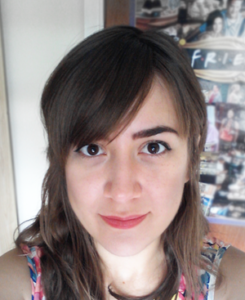